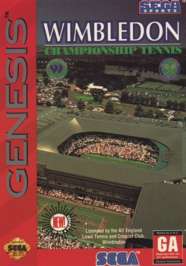 SKU 010086012248
$3.00
In stock
1
Product Details
The honor and prestige of the world's finest tennis tournament is now an exciting video game for the Sega Genesis. Each player is rated for serve, volleying, forehand, backhand, and court coverage, with each having a different strength and playing style. Make your selections: compete in singles or doubles; and play on grass, hardcourt, or clay. Play alone, with four players simultaneously, or get up to eight players involved in a Wimbledon Championship Draw.
Save this product for later
Display prices in: USD