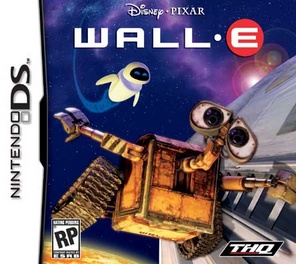 SKU 785138361567
$18.00
In stock
1
Product Details
WALL-E Videogame: Players will take control of WALL-E and EVE through a fast-paced adventure based on the upcoming DisneyPixar film. The game will allow fans to relive some of the movie's most thrilling moments as they explore 10 worlds filled with non-stop action and adventure, along with head-to-head multiplayer challenges. Players will recognize the storyline, characters and key locations from the WALL-E film as they carry out intense missions, dodge dangerous enemies and navigate their way through a futuristic world. In addition, the game will contain new storylines and environments that movie-goers will not see in theaters.
Save this product for later