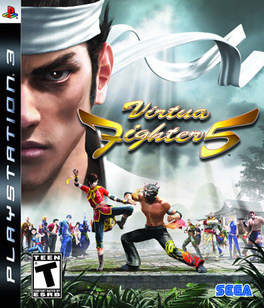 SKU 010086690057n
$29.99
In stock
1
Product Details
Virtua Fighter 5 will feature an all-star cast of 17 fighters, including characters from the previous iterations along with two new characters named El Blaze and Eileen. El Blaze is a Mexican fighting champion who defeats opponents with his quick Lucha Libre fighting style. Eileen, originally from China, uses a Monkey Kung-Fu fighting style that she learned from her grandfather, a former Kung-Fu master. Players will be able to customize their characters by selecting from four uniquely patterned costumes and a wide range of attachable items that can be placed onto each fighter's various body parts. * Virtua Fighter 5 will deliver fast-paced, adrenaline-pumping action as players head into battle, taking on a host of popular characters. * Players will not only achieve victory by defeating highly-skilled opponents, but will also compete for prizes and earn in-game money through the match to buy many items at an in-game shop. These items allow players to customize their ultimate warrior and become the top Virtua Fighter. * In addition, the game will introduce "Offensive Move", a new maneuver that will allow players to easily approach opponents from the side, adding a more strategic element to the battle. The game will support 720p HD resolution.
Save this product for later