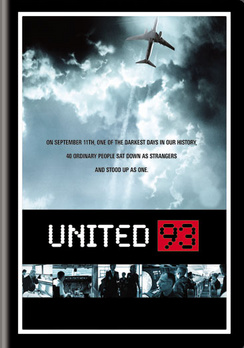 SKU 025192657122
$3.99
In stock
1
Product Details
A drama that tells the story of the passengers and crew, their families on the ground and the flight controllers who watched in dawning horror as United Airlines Flight 93 became the fourth hijacked plane on the day of the worst terrorist attacks on American soil: September 11, 2001. United 93 recreates the doomed trip in actual time, from takeoff to hijacking to the realization by those onboard that their plane was part of a coordinated attack unfolding on the ground beneath them. The film attempts to understand the abject fear and courageous decisions of those who--over the course of just 90 minutes--transformed from a random assembly of disconnected strangers into bonded allies who confronted an unthinkable situation.
Save this product for later
Display prices in: USD