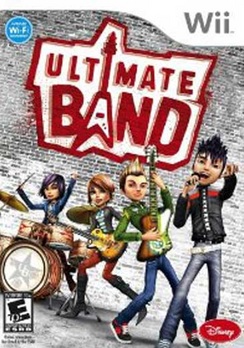 SKU 712725003968
$8.00
Out of stock
1
Product Details
Ultimate Band for Wii allows players to live the life of a rock star, by advancing their music careers and popularity from playing in a neighborhood garage to performing in front of an international audience at a world famous venue. Ultimate Band utilizes the innovative Wii Remote and Nunchuk to give fans the ability to play the drums, bass guitar, lead guitar, or take on the role of the front man. Players can also create and customize characters that reflect their own unique personalities and attributes. Along the way, players will unlock new songs, venues, and accessories that can be used to customize their band members.
Save this product for later
Display prices in: USD