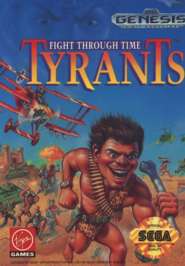 SKU 052145820074
$12.00
In stock
1
Product Details
Every world needs its ruler, but there is some question as to who is in charge of this one. You are one of four contenders for the rule of the planet, and you'll have to start from the dawn of time to get a jump on the competition. There are nine massive worlds with three levels each, including: Caveman, Old Testament, Roman, Middle Ages, Victorian, WWI, WWII, Modern Man, and Mother of Battles. Build castles, mines, factories, and laboratories as you use arrows, cannons, missiles, and more to protect your territory. You'll find yourself up against obstacles of all kinds based on your time period, and you'd better believe that a caveman flying a plane is going to tough to defeat. Complete battery backup saves all progress.
Save this product for later
Display prices in: USD