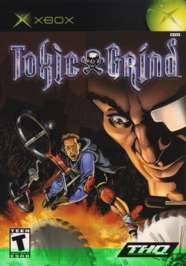 SKU 752919520055
$8.00
In stock
1
Product Details
Why would anyone want to torture a BMX racer? Well, people will do anything for television ratings, even in the future. Take on the role of Jason Haynes, a time-traveling extreme athlete who's been captured by the creative staff of a deadly game show. These sadistic maniacs have injected you and several other bikers with a lethal substance, and you'll have to compete for the antidote. The only way to win the contest is by pulling off insane tricks at high speeds, taking care of the competition throughout 14 massive levels of play.
Save this product for later