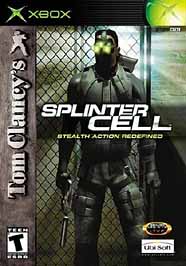 SKU 008888510130
$3.00
In stock
1
Product Details
SPLINTER CELL will grant players access to the highest echelons of national security, where shadowy operatives have the freedom to do whatever it takes to safeguard America. In SPLINTER CELL, the player controls Sam Fisher, a field operative of a secretive 'black-ops' NSA sub-agency called Third Echelon. Sam Fisher gears up to infiltrate high-security strongholds, seize critical intelligence, destroy threatening data and neutralize the enemy -- all without leaving a trace. Developed by Ubi Soft's Montreal Studio in Canada, SPLINTER CELL is a unique experience that will have the player thinly skate on the fine line that separates fact from fiction.
Save this product for later