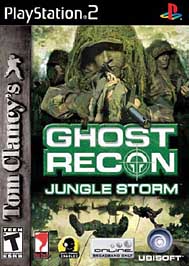 SKU 008888321668
$10.00
In stock
1
Product Details
Deep in the sweltering jungles of Cuba, a deadly revolution is brewing. Led by a drug-funded warlord, its aim is to take advantage of the post-Castro power vacuum and seize control of the island republic. Enter the Ghosts, the elite team of U.S. Army Green Berets. Sent to Cuba as part of a UN peacekeeping force, their mission is to destroy the warlord and his mercenary forces, and secure the elections for a free Cuba. Bogotá, a few months later. While the Cubans revel in their newfound democracy, the Colombian drug cartel that financed the failed revolution has moved on, and is readying a retaliatory blow against its own American-allied government. Powerful explosions rock the Colombian capital, including one that severely damages the American embassy. Hearing the Colombian government's cry for support, the U.S. sends in the Ghosts to deliver deadly justice to the Colombian cartel and end their ever-accelerating agenda of terror.
Save this product for later