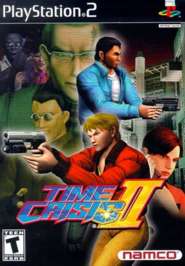 SKU 722674020831
$20.00
Out of stock
1
Product Details
Who is the Starlight Network, and why does its members want to blow up the world? There's no time to figure out motives. It's time to shoot some bad guys. Using a light gun (not included) you'll seek out and hunt down terrorists over the course of detailed levels. Of course, each smaller mission is guarded by a mean boss character, so make sure you've come ready for a battle. Use makeshift explosives like trucks and oil barrels to take out large groups of enemies, or just pick them off one-by-one.
Save this product for later
Display prices in: USD