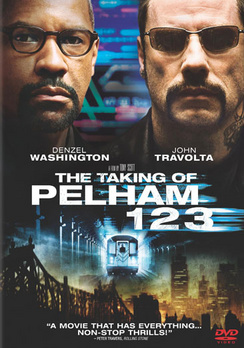 SKU 043396253391
$6.00
In stock
1
Product Details
In The Taking of Pelham 1 2 3, Denzel Washington stars as New York City subway dispatcher Walter Garber, whose ordinary day is thrown into chaos by an audacious crime: the hijacking of a subway train. John Travolta stars as Ryder, the criminal mastermind who, as leader of a highly-armed gang of four, threatens to execute the train’s passengers unless a large ransom is paid within one hour. As the tension mounts beneath his feet, Garber employs his vast knowledge of the subway system in a battle to outwit Ryder and save the hostages. But there’s one riddle Garber can't solve: even if the thieves get the money, how can they possibly escape?
Save this product for later