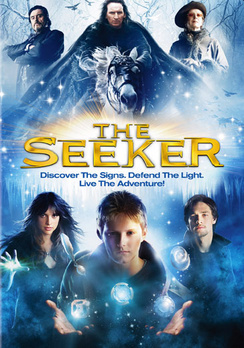 SKU 024543492177
$4.00
In stock
1
Product Details
Based on the acclaimed novel by Susan Cooper, THE SEEKER is the first film adaptation of the author's acclaimed The Dark is Rising Sequence. The film tells the story of Will Stanton, a young man who learns he is the last of a group of warriors who have dedicated their lives to fighting the forces of the Dark. Traveling back and forth through time, Will discovers a series of clues which lead him into a showdown with the forces of unimaginable power. With The Dark rising, the future of the world rests in Will's hands.
Save this product for later