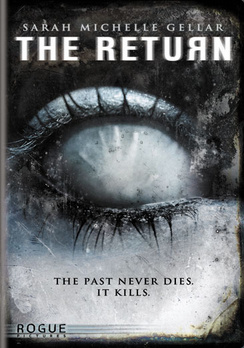 SKU 025192867620
$6.00
In stock
1
Product Details
A new supernatural thriller starring Sarah Michelle Gellar as Joanna Mills, a tough young Midwesterner determined to learn the truth behind the increasingly terrifying supernatural visions that have been haunting her. Joanna has made a successful career for herself, as sales representative for a trucking company. But her private life has been difficult; estranged from her father (Sam Shepard), stalked by an obsessed ex-boyfriend (Adam Scott), and with few friends, Joanna fears that she is losing control. She sees and feels the brutal murder of a young woman she
Save this product for later
Display prices in: USD