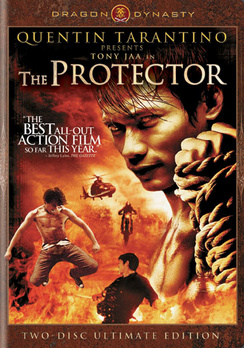 SKU 796019797122
$3.00
In stock
1
Product Details
Kham's life is turned upside down when an international mafia syndicate, based in Australia, captures his two beloved elephants and smuggles them thousands of kilometers away to Sydney. The two elephants are far more than mere animals to Kham and his father; they are part of his family and were being prepared to be presented as a token of devotion to his Majesty the King of Thailand. The only way Kham can possibly save the animals is by venturing into a foreign land for the first time. Taking on a mafia group to rescue two elephants from a foreign country presents a huge challenge, even for a martial arts master like Kham. Despite the help of Sergeant Mark, a Thai police Sergeant based in Australia, and Pla, a Thai girl forced into modern day slavery, the going gets tough. They must take on the ruthless gang of Madame Rose, whose henchmen include Johnny, a Vietnamese thief and martial arts expert, and the hulking TK. Kham has no choice but to risk his own life for the animals he loves.
Save this product for later
Display prices in: USD