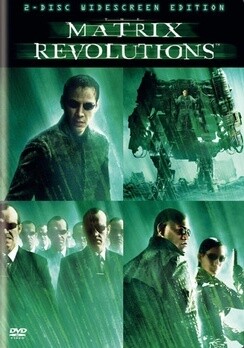 In the third installment of this science-fiction epic, the war between the humans and the machines reaches its climax. As the machines dig towards Zion for the final battle against the humans, Neo and Smith are locked in comas. The fate of humanity rests on the shoulders of Neo as he takes on Agent Smith one last time.