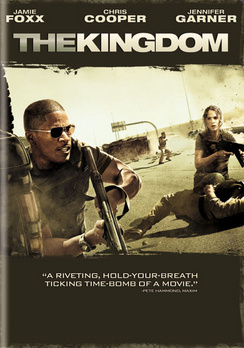 SKU 025195005920
$6.00
In stock
1
Product Details
Jamie Foxx, Chris Cooper, Jennifer Garner, and Jason Bateman ignite the screen in this high-intensity thriller about a team of elite FBI agents sent to Saudi Arabia to solve a brutal mass murder and find a killer before he strikes again. Out of their element and under heavy fire, the team must join forces with their Saudi counterparts. As these unlikely allies begin to unlock the secrets of the crime scene, the team is led into a heart-stopping, do-or-die confrontation.
Save this product for later