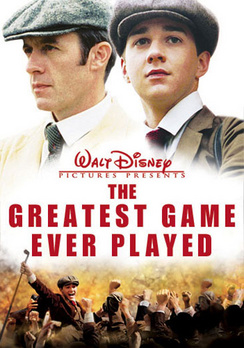 SKU 786936277920
$6.00
In stock
1
Product Details
Francis Ouimet was a working-class immigrant kid who, flanked by a 10-year-old caddie smaller than his golf bag, started with nothing and came out of nowhere to break down the barriers and become America's first golf hero nearly a century before Tiger Woods. In a world where it was believed only the wealthy and privileged could play, and win, at golf, it took an outsider to change the rules forever and prove that anyone with enough courage, grit and faith could achieve greatness. It all came to a head at the 1913 U.S. Open. Suddenly, Francis found himself in an ultimate showdown of skill and spirit. He, the unknown upstart American, facing off against Harry Vardon, a U.S. Open winner and six-time British Open champion. One was a towering idol, the other an impossible underdog - and their legendary battle would transcend sport to become an illustration of human determination at its best.
Save this product for later