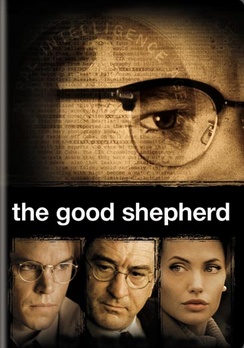 SKU 025192867224
$3.00
In stock
1
Product Details
Edward Wilson understands the value of secrecy - discretion and commitment to honor have been embedded in him since childhood. As an eager, optimistic student at Yale, he is recruited to join the secret society Skull and Bones, a brotherhood and breeding ground for future world leaders. Wilson's acute mind, spotless reputation and sincere belief in American values render him a prime candidate for a career in intelligence, and he is soon recruited to work for the OSS (the precursor to the CIA) during WWII. As one of the covert founders of the CIA, working in the heart of an organization where duplicity is required and nothing is taken at face value, Edward's idealism is steadily eroded by a growing suspicious nature, reflective of a world settling into the long paranoia of the Cold War. As his methods are adopted as standard operating procedure, Wilson develops into one of the Agency's veteran operatives, all the while combating his KGB counterpart. However, his steely dedication to his country comes at an ever-increasing price. Not even his wife Clover or his beloved son can divert Wilson from a path that will force him to sacrifice everything in pursuit of this job.
Save this product for later
Display prices in: USD