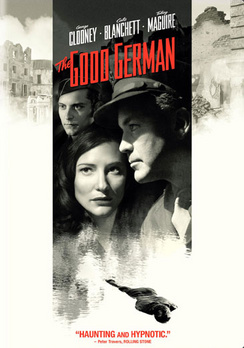 SKU 012569736672
$8.00
In stock
1
Product Details
Berlin, 1945. U.S. war correspondent Jake Geismer has just arrived to cover the upcoming Potsdam Peace Conference, where Allied leaders will meet to determine the fate of a vanquished Germany and a newly liberated Europe - and, in the process, carve up what's left of any value for themselves. It's not Jake's first visit to Berlin. He once managed a news bureau here. He once fell in love here. But that seems a lifetime ago as he takes in the staggering devastation on the jeep ride from the airport to his hotel in the American zone. Jake's driver, Corporal Tully, exudes small-town American charm - an eager, guileless, good-natured kid from the Midwest. In reality, he's corrupt to the core, bartering anything and anyone, and playing all sides for the highest price. But that's not unusual. Everyone in Berlin has a secret now. Everyone is working an angle to get what they need: money, power, survival - or just a way out. Tully's black market dealings don't interest Jake, but Tully's girlfriend does. She's Lena Brandt, Jake's former love, although somehow, now, not quite the person he once knew. She has been irrevocably changed by the war, the hardship of life in this ruined city and the burden of her own secrets. When Tully ends up in the Russian zone with 100,000 marks in his pocket and a bullet in his back, Jake finds himself drawn into the mystery of this murder, and the bigger mystery of why both the American and Russian authorities look the other way. The deeper his investigation takes him, the more it leads him back to Lena. Jake discovers that it is nearly impossible to unearth the truth in a time and place where people are still reeling from the horrors of the war and desperate to salvage their humanity in the shadow of the often unbearable knowledge of what they did to survive.
Save this product for later