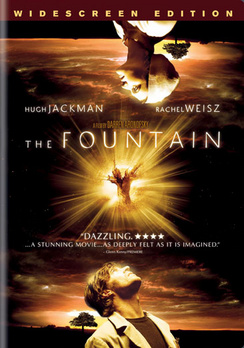 SKU 085392837625
$3.00
In stock
1
Product Details
Three parallel stories - about love, death, spirituality, and the fragility of existence - as told through the odyssey taken on by one man in his thousand-year struggle to save the woman he loves. His epic journey begins in 16th-century Spain, where, as conquistador Tomas Creo, he commences his search for the 'Tree of Life', the legendary entity believed to grant eternal life to those who drink of its sap. As modern-day scientist Tommy Creo, he desperately struggles to find a cure for the cancer that is killing his beloved wife Isabel. Traveling through deep space as a 26th-century astronaut, Tom begins to grasp the mysteries of life that have consumed him for more than a century.
Save this product for later