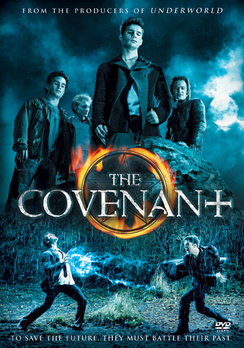 SKU 043396166622
$6.00
In stock
1
Product Details
In 1692, in the Ipswich Colony of Massachusetts, five families with untold power formed a covenant of silence. One family, lusting for more, was banished - their bloodline disappearing without a trace. Until now. Directed by Renny Harlin and written by J.S. Cardone, The Covenant tells the story of the Sons of Ipswich, four young students at the elite Spencer Academy who are bound by their sacred ancestry. As descendants of the original families who settled in Ipswich Colony in the 1600
Save this product for later