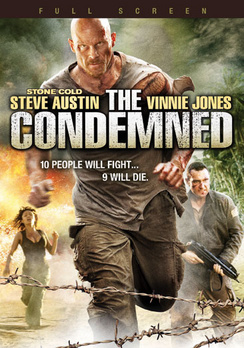 SKU 031398217206
$4.00
In stock
1
Product Details
An adrenalin-charged action thriller, 'The Condemned' tells the story of Jack Conrad (Stone Cold Steve Austin), who is awaiting the death penalty in a corrupt Central American prison. He is 'purchased' by a wealthy television producer and taken to a desolate island where he must fight to the death against nine other condemned killers from all corners of the world, with freedom going to the sole survivor. The producer films the illegal event, airing the killings live and uncensored onto the internet.
Save this product for later