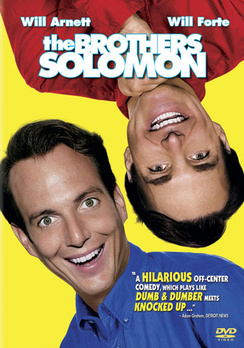 SKU 043396190634
$4.00
In stock
1
Product Details
THE BROTHERS SOLOMON tells the hilarious story of Dean and John Solomon (Will Forte and Will Arnett), two good-hearted but romantically-challenged brothers. When they find out their dying father’s last wish is for a grandchild, the brothers set out to find someone to have a baby with. But after spending their formative years being home-schooled by their father in a remote arctic location, their social skills prove to be somewhat lacking and their attempts at fatherhood go hysterically and disastrously wrong.
Save this product for later
Display prices in: USD