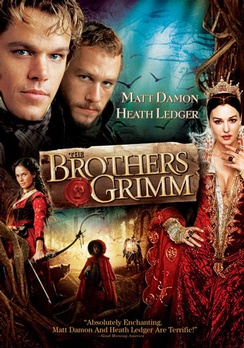 SKU 786936692174
$4.00
In stock
1
Product Details
Brothers Jake and Will Grimm, renowned collectors of folklore, have made a career out of traveling from village to village pretending to rid them of enchanted creatures. Their bluff is called, however, when they are forced by Napoleon's French government to investigate a haunted forest where girls have been disappearing mysteriously. What they discover leads to a series of adventures involving an actual evil (and immortal) sorceress that mirrors that of mythology and the fables that the Brothers Grimm would eventually become famous for.
Save this product for later