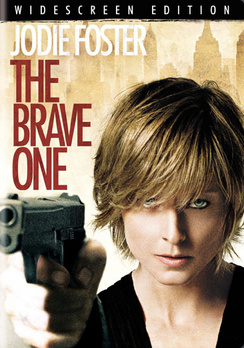 The Brave One - Widescreen - DVD - Used

SKU 085391139294
$4.00
In stock
1
Product Details
For Erica Bain (Jodie Foster), the streets of New York are both her home and her livelihood. She shares the sounds and the stories of her beloved city with her radio audience as the host of the show 'Street Walk.' At night, she goes home to the love of her life, her fiance David Kirmani (Naveen Andrews). But everything Erica knows and loves is ripped from her on one terrible night when she and David are ambushed in a random, vicious attack that leaves David dead and Erica close to it. Though Erica's broken body heals, deeper wounds remain--the devastation of losing David and, even more overwhelming, a suffocating fear that haunts her every step. The city streets she had once loved to roam, even places that had been warm and familiar, now feel strange and threatening. When the fear finally becomes too much to bear, Erica makes a fateful decision to arm herself against it. The gun in her hand becomes a tangible way to protect herself from an intangible enemy...or so she thinks. The first time she shoots someone, it is kill or be killed. The second time is also in self-defense...or did she make a choice not to take herself out of harm's way? The fear that had once paralyzed her has been replaced by something else...something that drives her to reclaim the life that was taken from her that night...something that Erica does not even recognize in herself. Stories of an anonymous vigilante grip the city, and NYPD detective Sean Mercer (Terrence Howard) becomes increasingly determined to track down the killer. As he pieces together the clues, the evidence begins to point not to a guy with a gun...but a woman with a grudge. With Mercer closing in and her own conscience trying her, Erica must decide whether her quest for some form of justice, and even vengeance, is truly the right path, or if she has become the very thing she is hunting.
Save this product for later