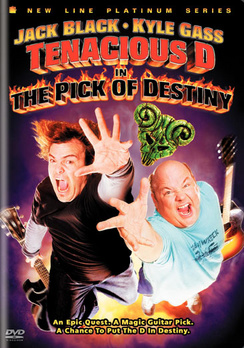 Tenacious D In The Pick Of Destiny - DVD - Used

SKU 794043106989
$4.00
In stock
1
Product Details
Actors/musicians Jack Black and Kyle Gass bring their infamous rock duo Tenacious D to the big screen. The hilarious story of how 'The D' became the self-proclaimed greatest band on earth, Tenacious D in: The Pick of Destiny follows the pair's plan to steal a supernatural guitar pick on display in a rock-and-roll museum in order to create a masterpiece song that will cement their place in music history.
Save this product for later
Display prices in: USD