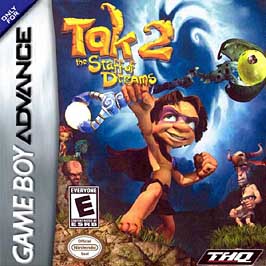 SKU 785138321646
$8.00
In stock
1
Product Details
Join Tak in an epic adventure, as he must learn all new Juju magic to recover the Staff of Dreams and defeat Tlaloc once and for all. Tak’s role in the great Prophecy of the Pupanunu people isn’t over. Rather, it’s just begun! It’s not easy being Jibolba’s apprentice, and Tak’s got the bruises to prove it. Now dabbling with new abilities, Tak is creating a little Juju magic of his own! He’s even working on mastering the ancient Juju magic of animal morphing. Between possessing, and turning different spirit animals, Tak’s got a lot to learn. And he better do it fast because Tlaloc has begun his return with vengeance on his mind.
Save this product for later