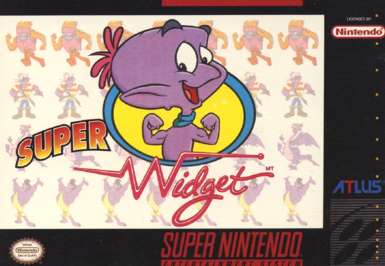 SKU 730865300037
$20.00
In stock
1
Product Details
While most of the world thinks that we’re protected by superheroes like Batman, Superman, and Spider-Man, it’s actually an unknown entity that is responsible for keeping the world safe...SUPER WIDGET. He may not look intimidating, but if you ask any alien forces that have ever invaded Earth, and they’ll tell you that this little purple guy is one tough widget. But now an alien faction thinks it still has a chance to take over the world, and the invasion has started. It’s up to you, as Super Widget, to explore the Horsehead Nebula and save the planet once again. With your reliable sidekick Mega-Brain, you’ll take on all kinds of different forms as you battle on land, in the air, and on the sea. If you want to become a First Class World Watcher Hero, now you can with SUPER WIDGET.
Save this product for later