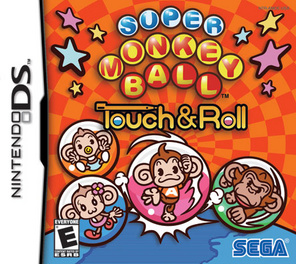 SKU 010086670059
$16.00
In stock
1
Product Details
The popular and acclaimed Super Monkey Ball series comes to the Nintendo DS with the latest installment, Super Monkey Ball: Touch and Roll! Use the DS touch screen to play in a whole new way by controlling the ball directly with your stylus. All of the most popular features of the highly addictive Super Monkey Ball series return for Touch and Roll, with 100 puzzling new stages and two new party games for up to four players! The new party games support the DS Download function, letting up to three friends play along with you, even if they don't have their own copies of Touch and Roll. Features: Three Single-player Modes. Whether you
Save this product for later