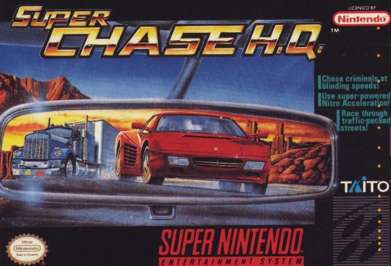 SKU 020588010758
$10.00
In stock
1
Product Details
If you put Magnum, P.I. on a pedestal and you’ve had Starsky & Hutch fantasies, then you need to get your hands on SUPER CHASE H.Q. You’re a law enforcement officer and the city is running rampant with criminals that are partial to high-speed getaways. It’s time to hop into your high-powered police cruiser and take to the streets in pursuit of some of the most daredevil-driving fugitives you’ve ever seen. Played from an in-car perspective, you’ll race through the city at blinding speed as you hunt down the criminals and bring them to justice—your way! You’ll speed through downtown, along the countryside, during the day and the dead of night as you seek to rid the city of these reckless and dangerous renegades. Just don’t be afraid to use the brakes occasionally!
Save this product for later