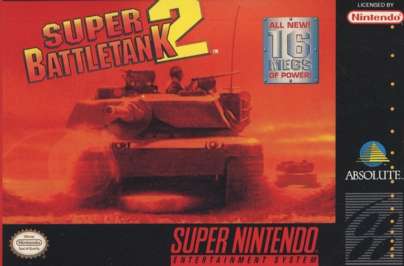 SKU 018706113931
$5.00
In stock
1
Product Details
The work of a tank commander is never done, and you’ve been called in for maneuvers once again in SUPER BATTLETANK 2 for the Super Nintendo. This time you’re in control of the M1A2, an even more advanced and deadly machine than you piloted in SUPER BATTLETANK. As you go deep into enemy territory, you’ll face a barrage of enemy aircraft and land-based attack vehicles—this is where a smokescreen might come in handy. And if you’re being pummeled from above, climb topside and take control of the powerful Phalanx machine gun to clear the skies. When you’re ready to go for the kill, call in some F-15 air support and really put a hurt on the enemy! In SUPER BATTLETANK 2, the only thing that’s missing is the bad-tasting rations!
Save this product for later