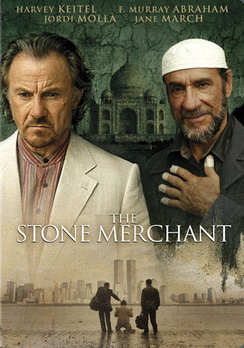 SKU 723952077899
$4.00
Out of stock
1
Product Details
Year: 2007
Rated: R, violence, sexuality and some language
Genre: Suspense
Runtime: 107
Studio: Monarch Entertainment
Directed by:
Starring:
Description: Ludovico Vicedomini (Harvey Keitel) is a precious stone merchant who trades between Europe and the Middle East. While on the surface Ludovico is a charming and charismatic man, underneath lies a dark secret: Ludovico is a Christian converted to Islam for whom terrorism is a religious duty of the highest order. With his business partner and operator, Shahid (F. Murray Abraham), Ludovico is plotting a terrorist attack on an epic scale that will bring the West to its knees. The plan is set in motion when Alceo (Jordi Molla) and his beautiful wife, Leda (Jane March) meet Ludovico while on vacation in Turkey. But little do they know they will soon become puppets in the deadly game of Ludovico and Shahid who are determined to seek out an unsuspecting woman and seduce her in order to make her an unwitting instrument of destruction. Even under Alceo's suspicious eye, Leda eventually succumbs to Ludovico's charms. However, even evil can have a change of heart as Ludovico falls in love with Leda, who is destined to become an innocent "dove" and carry a radioactive bomb to England. In an elaborate game of cat and mouse, Leda must choose between her husband and the mysterious stranger she's fallen for. The events are set in motion and the clock is ticking towards an action-packed climax that will bring two worlds crashing together.
Save this product for later