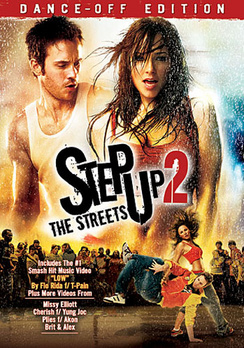 SKU 786936758757
$6.00
Out of stock
1
Product Details
STEP UP 2 THE STREETS is the follow-up to the smash hit “Step Up,” which ignited theaters in August 2006. When rebellious street dancer Andie (BRIANA EVIGAN) lands at the elite Maryland School of the Arts, she finds herself fighting to fit in while also trying to hold onto her old life. When she joins forces with the school’s hottest dancer Chase (ROBERT HOFFMAN) to form a crew of classmate outcasts to compete in Baltimore’s underground dance battle The Streets, she ultimately finds a way to live her dream while building a bridge between her two separate worlds.
Save this product for later
Display prices in: USD