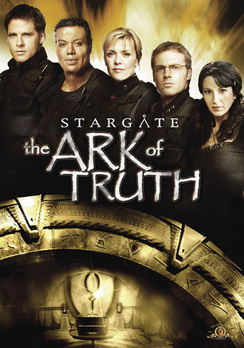 SKU 883904102908
$6.00
In stock
1
Product Details
Blasting off where the Sci-Fi Channel’s longest running show, Stargate SG-1, left off, this thrilling feature thrusts the Stargate team – Daniel Jackson (Michael Shanks), Vala (Claudia Black), Teal’c (Christopher Judge), Sam (Amanda Tapping) and Cam (Ben Browder) – into their biggest challenge yet. In search of an Ancient artifact they hope can defeat the oppressive Ori, the team not only learns that the Ori are set to launch a final assault on Earth, but a double-crossing I.O. operative is aboard the Odyssey! Also starring Beau Bridges, this pulse-pounder is loaded with enough suspense, humor and action to fill a galaxy!
Save this product for later