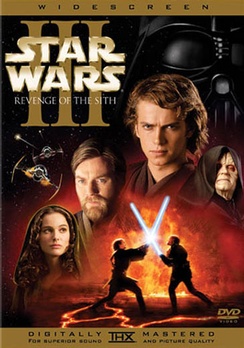 SKU 024543203094
$10.00
In stock
1
Product Details
The Old Republic is in the middle of Clone Wars and rebellion threatens to break them apart from all sides. The Jedi council is concerned that Chancellor Palpatine might have more than politics on his agenda and they assign Anakin Skywalker to keep an eye on him. Meanwhile, the fate of the war and the galaxy may hang on the defeat of a nefarious new villain General Grievous. When the Jedi find that they have been double-crossed, it's too late as the Clone Army overtakes them and the Empire is born. Anakin and Obi Wan's feud comes to a head on a lava planet resulting in the rise to power of Darth Vadar. The few remaining Jedi go into hiding and bide their time until a new hope can save the galaxy.
Save this product for later