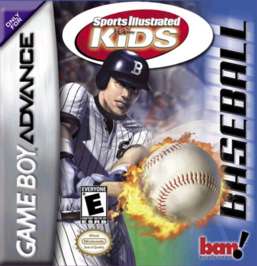 SKU 682384320044
$8.00
In stock
1
Product Details
Step up to the plate and knock one out of the park in this detailed baseball simulation geared toward kids. If you're looking for MLB licenses, look elsewhere, the game's developers have spent their energy creating blistering hardball rather than accommodating Major-League egos. There are tons of hidden power-ups and stadium upgrades to unlock, and the opponent AI is impressive, to say the least. Play alone or link up with a pal for head-to-head competition.
Save this product for later