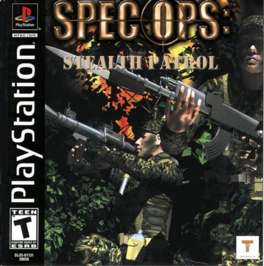 SKU 710425230363
$1.00
In stock
1
Product Details
In SPEC OPS, you're the head of a team of U.S. Army Rangers, and you must lead your squad through five major missions and dozens of sub-missions. Each stage takes you to a different part of the world where political unrest needs to be rectified by force. Once your team arrives, it's up to you to guide a two-man team to victory. Some missions are the standard firefights where you mow down anything that moves, while others are objective-based and require strategy; many missions require slipping behind enemy lines and covert moves like planting explosives.
Save this product for later