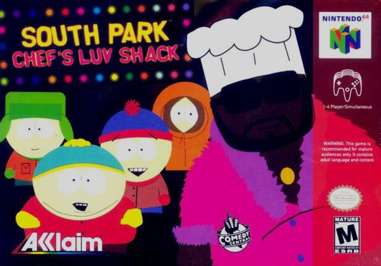 SKU 021481641902
$20.00
In stock
1
Product Details
Who killed Kenny...at trivia? It could be either Cartman, Kyle, or Stan as you play as one the four kids in a trivia contest hosted by Chef. There are dozens of hilarious mini-games to play, such as 'Spank the Monkey with Mr. Mackey,' 'Asses in Space with Terrence and Philip,' 'Tethered Pheasant Shoot with Jimbo and Ned,' and lots more. With animation and graphics that are similar to the television show, the game is perfect for SOUTH PARK fans, trivia buffs, or anyone who appreciates an offbeat, slightly off-color gaming experience.
Save this product for later