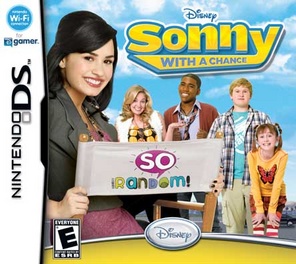 Sonny With A Chance - DS - Used

SKU 712725018061
$18.00
In stock
1
Product Details
Sonny with a Chance for Nintendo DS™ allows you to experience random and humorous events inspired by the hit Disney Channel series with the “So Random” cast. You can play as their favorite character and take their chance in a board game loaded with mini-games, random events and wacky power-ups to get the most fan mail. Compete in over 40 mini-games, including two DSi-exclusive games, inspired by episodes seen on “Sonny With A Chance” Play as one of the characters - Sonny, Tawni, Nico, Grady and Zora Get comical power-ups such as a whip cream pie, party ticket, banana peel and more fun items Navigate through five different game boards inspired by familiar locations from the show including the “So Random” and “Mackenzie Falls” sets, backstage areas and the Prop House Customize characters with costumes inspired by “So Random” sketches
Save this product for later