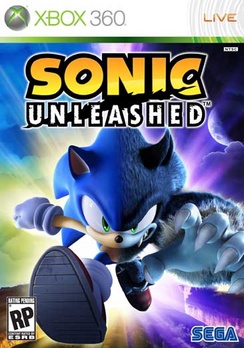 SKU 010086680294
$15.00
Out of stock
1
Product Details
Having been broken apart by the evil Dr. Eggman, it’s up to Sonic to put the pieces of the world back together again by retrieving the power of the chaos emeralds! In doing so, Sonic will find himself in a race against time and faced with an unusual situation that will challenge him in ways never before seen. Both day and night play different, yet important, roles in Sonic’s newest quest… as the sun sets, a new adventure awakens. By completing a wide variety of action-packed stages, spanning the seven broken continents of the world, gamers will need to unleash Sonic’s amazing abilities to save the world, and himself! Players will have an opportunity to engage in ways never before done with the Sonic franchise, so in addition to running at high speeds, which will be highlighted in four new speed mechanics, combat fighting now becomes possible. New combat, movement, functional abilities and platforming will be introduced to offer increased depth and variety.
Save this product for later
Display prices in: USD