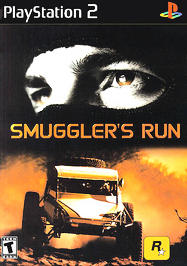 SKU 710425270550
$8.00
In stock
1
Product Details
Escape to a world without borders in SMUGGLER'S RUN, the hot new racing title for your PlayStation 2. You assume the role of a rookie smuggler who has to prove himself by taking his smuggling operation to the top of the underworld ranks. Set in a variety of rural environments, with an unbelievable new panoramic perspective, the game has an exceptional physics engine to faithfully recreate the speed and sensations of tearing across the country through farms, fences, and forests while trying to outrun a variety of enemies.
Save this product for later