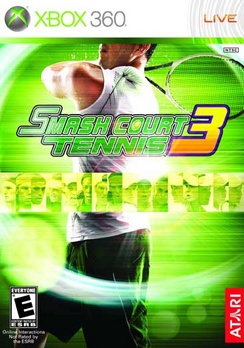 SKU 742725276581
$10.00
In stock
1
Product Details
The first in the revered tennis simulation series for the new console generation, Smash Court Tennis 3 for Xbox 360 tests the player's skills against 16 of the world's finest international tennis players. From established stars such as world number one Roger Federer, Maria Sharapova, Rafael Nadal and Martina Hingis, to rising talents including Italy's Andreas Seppi and Nicole Vaidisova of the Czech Republic, each player has their own strengths and weaknesses which come into play on the game's painstakingly rendered courts.
Save this product for later
Display prices in: USD