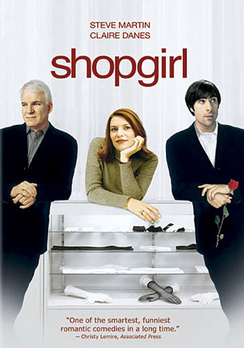 SKU 786936282986
$4.00
In stock
1
Product Details
A glimpse inside the lives of three very different people on diverse paths, but all in search of the same thing. Mirabelle is a plain Jane overseeing the rarely frequented glove counter at Saks Fifth Avenue in Beverly Hills. An artist struggling to keep up with even the minimumpayment on her credit card and student loans, she keeps to herself until a rich, handsome fifty-something, Ray Porter, sweeps her off her feet. Simultaneously, Mirabelle is being pursued by Jeremy, a basic bachelor who's not quite as cultured and successful as Ray. When fate steps in, the outcome won't necessarily have a storybook ending, because in the end, it is life.
Save this product for later