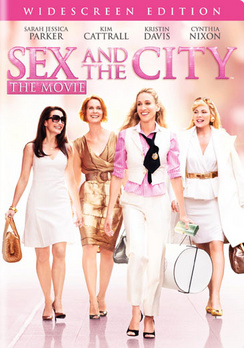 SKU 794043123313
$6.00
In stock
1
Product Details
Sex and the City is coming to the big screen in a feature film adaptation of the hit HBO television series. The film will follow the continuing adventures of the series four main characters - Carrie, Samantha, Charlotte and Miranda - as they live their lives in Manhattan four years after the series ended. Stars Sarah Jessica Parker, Kim Cattrall, Kristin Davis, and Cynthia Nixon are all on board to reprise their roles, while the film will be written and directed by Michael Patrick King, who executive produced the original television series.
Save this product for later