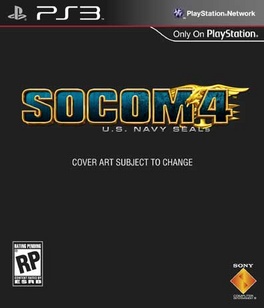 SKU 711719813521
$12.00
In stock
1
Product Details
Outnumbered. Outgunned. Under Fire. Take control." You have six days. Six days to rescue an entire country plunged into chaos by a brutal revolution. Race against time to control a dire situation that threatens to escalate into global war. You are the legendary and fearless Operations Commander as you take command of the battlefield with your crack NATO squad. The destination is Southeast Asia. The time is now for you to take control... Dynamic Command - expertly command the battlefield by utilizing squad tactics to flank and outmaneuver your enemy, designate hostile targets, and call in devastating airstrikes - all with dynamic, intuitive ease. Become a Legend - fight a desperate six-day campaign through sprawling war-torn cities, dense jungles and hostile villages. Move into the Action - high precision control over shooting, melee fighting and commanding your squad, the PlayStation®Move delivers the most immersive combat experience ever. Squad Based Multiplayer - utilize team dynamics online with an all new 32 person multiplaye
Save this product for later