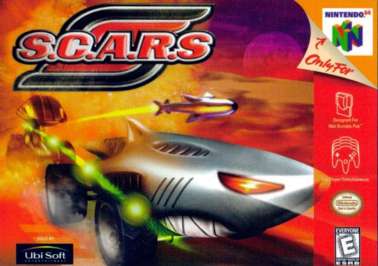 SKU 008888130048
$15.00
In stock
1
Product Details
Journey to the year 3000, where animals race in combat cars! Choose from five animal cars, Mammoth, Rhino, Lion, Mantis, or Shark, each made unique by its speed, handling, armor, and weapons. Grand Prix Mode gives you three main cups, composed of a few races each, and there's a customizable cup that can last for up to eight races. In Challenge Mode, you race against one of four additional characters, Cheetah, Panther, Cobra, or Scorpion, earning the right to play as that character if you defeat him, which just isn't going to be easy. One of the most inventive games on the market, S.C.A.R.S. is pure adrenaline-pumping fun.
Save this product for later