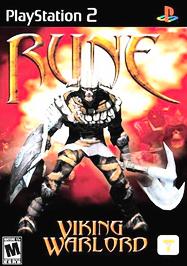 SKU 710425270789
$10.00
Out of stock
1
Product Details
The first installment of the wildly popular RUNE series for the PS2, Viking Warlord boasts all of the beloved gore that series fanatics have come to expect. In the game's Single-Player mode, you'll take on the role of Ragnar, the Viking Warlord who's been saddled with the task of stopping evil demons before they destroy the Earth. With enemies like the flaming Hellhounds and Frost Giants of the Nordic in your way, you'll need each of the 15 unique axes you'll pick up along the journey.
Save this product for later
Display prices in: USD