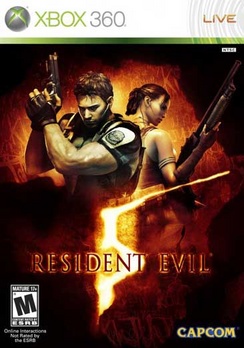 SKU 013388330102
$16.00
Out of stock
1
Product Details
The biohazard threat has not ended: Just when it seemed that the menace of Resident Evil had been destroyed, along comes a new terror to send shivers down player's spines. Chris Redfield, returning Resident Evil hero, has followed the path of the evil literally around the globe. After joining a new organization, Chris heads to Africa where the latest bioterrorism threat is literally transforming the people and animals of the city into mindless, maddened creatures. Chris must take on the challenge of discovering the truth behind this evil plot. In Resident Evil 5, Capcom will teach players to fear the daylight as much as they have feared shadow in previous games. Features Chris Redfield, protagonist of the original Resident Evil and Resident Evil: Code Veronica, returns New environments and a diverse assortment of locations New enemies bring new challenges: speed and intelligence make adversaries as dangerous singly as they are in groups. An arsenal of weapons at the players command to keep the evil at bay, including knives, pistols, machine guns, sniper rifles and more. Lighting effects provide a new level of suspense in both harsh light and deepest shadow True high definition gaming on multiple game platforms, using an advanced version of Capcom's proprietary game engine, MT Framework, which powered the next-gen, million-plus hit titles Devil May Cry 4, Lost Planet and Dead Rising.
Save this product for later