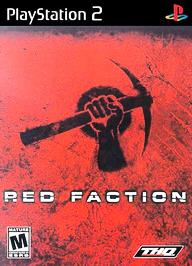 SKU 752919460030
$10.00
Out of stock
1
Product Details
Take up arms in the fight against the evil Ultar Corporation of Mars in the engaging and revolutionary gameplay of RED FACTION for the PS2. Developer Volition introduces the Geo-mod engine, which allows for the real-time alteration and destruction of the surrounding environments. Shoot holes in walls, blow up towers and watch them collapse, or blast rents in pipes and watch steam billow forth. In the gritty, futuristic struggle for justice in RED FACTION, strategic destruction is your means of survival.
Save this product for later