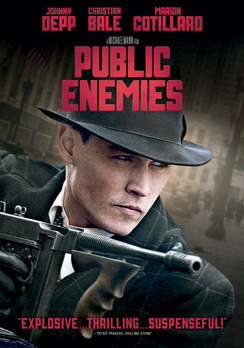 SKU 025195044912
$4.00
In stock
1
Product Details
No one could stop John Dillinger and his gang. No jail could hold him. His charm and audacious jailbreaks endeared him to almost everyone - from his girlfriend Billie Frechette to an American public who had no sympathy for the banks that had plunged the country into the Depression. But while the adventures of Dillinger's gang - later including Baby Face Nelson and Alvin Karpis - thrilled many, J. Edgar Hoover made Dillinger America's first Public Enemy Number One and sent in Melvin Purvis, the dashing 'Clark Gable of the FBI.' However, Dillinger and his gang outwitted and outgunned Purvis' men in wild chases and shootouts. Only after importing a crew of Western ex-lawmen (newly baptized as agents) and orchestrating epic betrayals - from the infamous 'Lady in Red' to the Chicago crime boss Frank Nitti - were Purvis, the FBI and their new crew of gunfighters able to close in on Dillinger.
Save this product for later